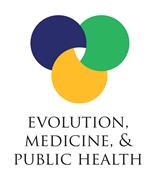 Brief summary of the paper:

Extensive diversity (genetic, cytogenetic, epigenetic and phenotypic) exists within and between tumours, but reasons behind these variations, as well as their consistent hierarchical pattern between organs, are poorly understood at the moment.

We argue that these phenomena are, at least partially, explainable by the evolutionary ecology of organs’ theory, in the same way that environmental adversity shapes mutation rates and level of polymorphism in organisms.

Organs in organisms can be considered as specialized ecosystems that are, for ecological and evolutionary reasons, more or less efficient at suppressing tumours.

When a malignancy does arise in an organ applying strong selection pressure on tumours, its constituent cells are expected to display a large range of possible surviving strategies, from hyper mutator phenotypes relying on bet-hedging to persist (high mutation rates and high diversity), to few poorly variable variants that become invisible to natural defences.

In contrast, when tumour suppression is weaker, selective pressure favouring extreme surviving strategies is relaxed, and tumours are moderately variable as a result. We provide a comprehensive overview of this hypothesis.

Lay summary: Different levels of mutations and intra-tumour heterogeneity have been observed between cancer types and organs. Anti-cancer defences are unequal between our organs. We propose that mostly aggressive neoplasms (i.e. higher mutational and ITH levels), succeed in emerging and developing in organs with strong defences.