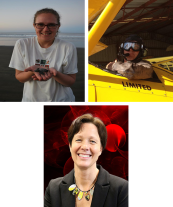 Brief summary of the paper: Migratory birds encounter a broad range of pathogens during their journeys, making them ideal models for studying immune gene evolution. Despite the potential value of these species to immunoecology and disease epidemiology, previous studies have typically focused on their adaptive immune gene repertoires.

In this study, we examined the evolution of innate immune genes in three long-distance migratory waders (order Charadriiformes). We analysed two parts of the extracellular domains of two Toll-like receptors (TLR3 and TLR7) involved in virus recognition in the Sanderling (Calidris alba), Red-necked Stint (Calidris ruficollis), and Ruddy Turnstone (Arenaria interpres). Our analysis was extended to 50 avian species for which whole-genome sequences were available, including two additional waders.

We found that the inferred relationships among avian TLR3 and TLR7 do not match the whole-genome phylogeny of birds. Further analyses showed that although both loci are predominantly under purifying selection, the evolution of the extracellular domain of avian TLR3 has also been driven by episodic diversifying selection. TLR7 was found to be duplicated in all five wader species and in two other orders of birds, Cuculiformes and Passeriformes.

The duplication is likely to have occurred in the ancestor of each order, and the duplicated copies appear to be undergoing concerted evolution. The phylogenetic relationships of wader TLR7 matched those of the five wader species, but that of TLR3 did not. Instead, the tree inferred from TLR3 showed potential associations with the species’ ecology, including migratory behaviour and exposure to pathogens.

Our study demonstrates the importance of combining immunological and ecological knowledge to understand the impact of immune gene polymorphism on the evolutionary ecology of infectious diseases.